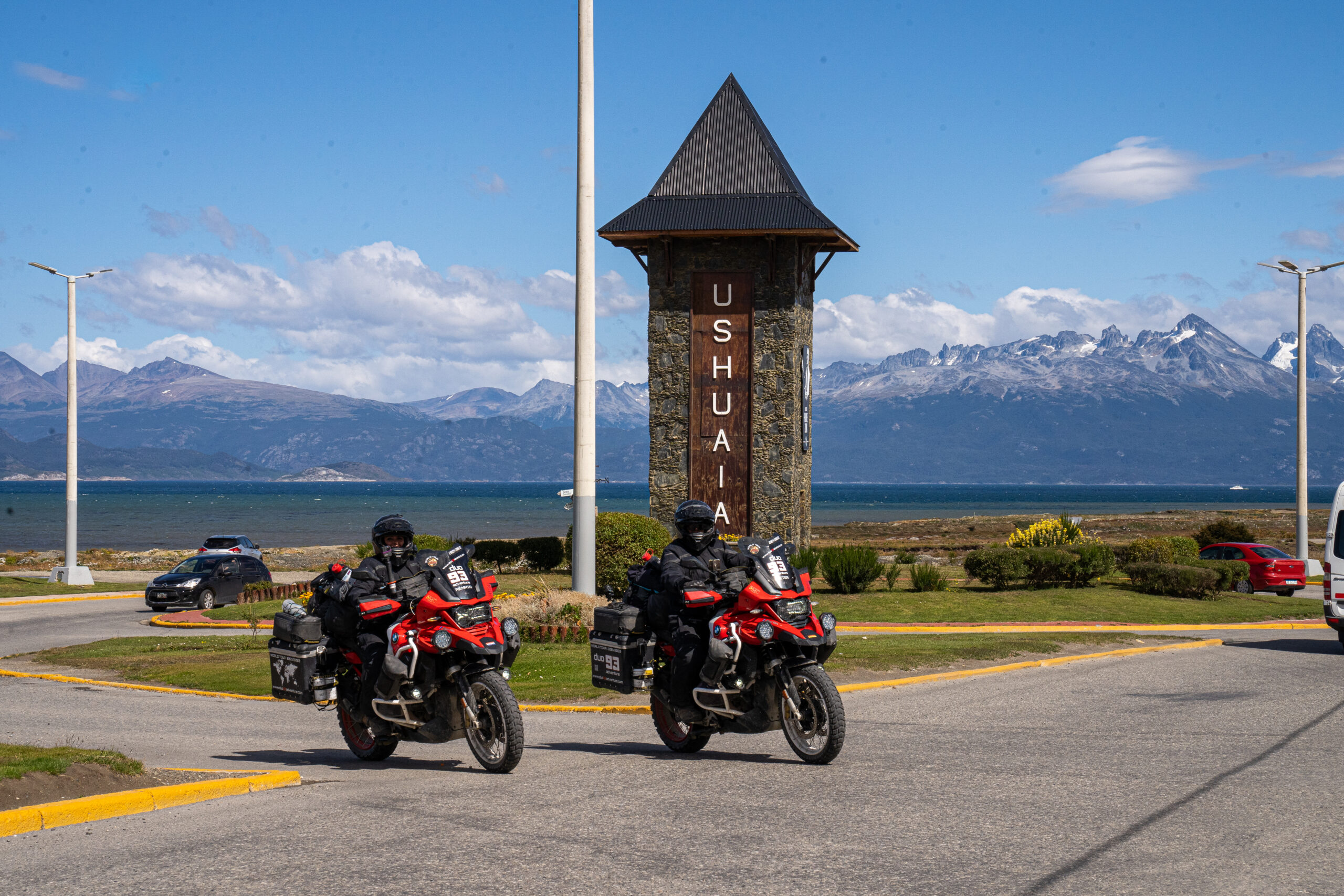 Via Patagonia to the “end of the world” and northwards via to Alaska – a dream that we make come true.

The first part of our South America adventure took us from Santiago de Chile via the Ruta del Mar along beautiful coastal towns to Conception. A multi-day stop at the Motocamp Pucon was characterized by intensive petrol talks, lots of fun and deep insights into the Chilean culture and way of life.

Due to corona restrictions, crossing the Andes to Argentina was not possible, so we had to find a route on the Chilean side to get as far south as possible. The Chilean hospitality also benefited us here and we received active support from a local biker family, who generously took us in for several days and spent hours planning a fantastic and adventurous route with us. 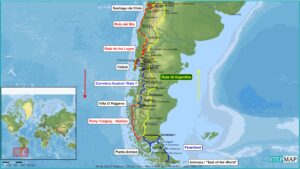 It went on the Ruta de los Lagos along quiet lakes and snow-covered volcanoes in the direction of Puerto Mont. After a detour to the Chiloé peninsula and a visit to the penguin colonies, we went from Puerto Mont to the infamous Carretera Austral – 1350km of pure adventure and a dream for everyone endurists.

Villa O’Higgens is the end of the Carretera Austral and from here on the Chilean side there is only a 2.5-day ferry connection from Puerto Yungay to Puerto Natalales. This ferry connection is fully booked months in advance and only runs once a week (Saturdays at 8:00 p.m.). It took a bit of luck to get a seat on the ferry among the many people waiting without tickets. However, the helpful Chilean ferry staff have made every effort to free up as much space as possible for vehicles without a reservation.

Puerto Natales welcomed us with a cool breeze and rain. However, the next day we were rewarded with sun and a visit to Torres del Paine National Park was one of the Patagonia highlights. The national park has been declared the 8th Wonder of the World with its turquoise lakes and rivers, majestic Massive Icebergs and Lenga Forests. 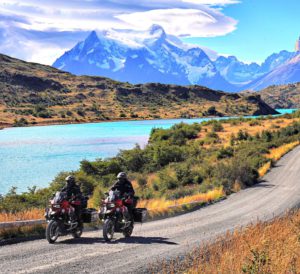 Despite the massive and notorious Patagonian winds, which sometimes made it impossible to ride a motorcycle, the Torre del Paine left a lasting impression on us. 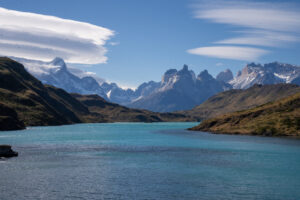 We had reached the southernmost point in the world and were pleasantly surprised by the green vegetation.

Our journey back to Santiago de Chile should take us via the legendary Ruta 40 to Mendoza.

After a flat tire in the middle of an 80km off-road passage, we went via El Calafate and visited the Perito Moreno Glacier, one of the largest glaciers in the South American Andes region 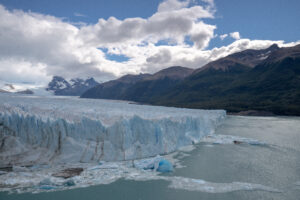 along the east side of the Andes to Mendoza.

The second opened border crossing with crossing the Andes back to Chile led over the Paso Los Libertadores – the main transport route between Santiago de Chile and Mendoza (Argentina). The border crossing is at 3200m. Trucks “torment their way through countless switchbacks and you often have to reckon with traces of oil on the road.

However, the panorama is gigantic.

Meanwhile we have started part 2 of our adventure on the American continent.

We got our bikes, which were well looked after in the Touratech Santiago showroom, ready to go again, 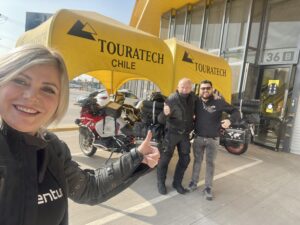 had a service at BMW Santiago and started our journey to Alaska. But before we head north, we make a loop via Buenos Aires, Uruguay, Paraguay, Bolivia back to Chile in the Atacama.

ONE WAY – A LIFE JOURNEY …. . for an indefinite period